Go back to main page

Looking after the Elf Garden, Ragga introduces us to Iceland’s huldufólk.

“My name is Ragnhildur Jónsdóttir, but people usually just call me Ragga; it’s easier. I work with elves and huldufolk as a translator and communicator between the worlds...”

“My name is Ragnhildur Jónsdóttir, but people usually just call me Ragga; it’s easier. I work with elves and huldufolk as a translator and communicator between the worlds.”

“My oldest friend is Pulta. She’s of the species we call huldufólk. I don’t remember when we first met, but my mother told me that I’ve been talking about her since I was 2 years old. Pulta and I are still friends, we work together at the Elf Garden and I see her almost every day. Another friend of mine is called Frodi. He’s very old; around 900 years old. He’s a small elf, maybe about a metre high and he’s very wise. He knows a lot of things. When I want to know the answer to a complicated question, I usually ask him.

I don’t know why Icelanders are so well connected to the elf world. There was a recent survey where people were asked if they still believed in elves. Eight to ten percent of people said yes, and eight to ten percent said “no, absolutely not”, but everyone in between said ‘I’m not sure, maybe? They didn’t want to take the chance. If you were going to destroy a rock and someone said an elf was living there, then 90% of people wouldn’t destroy the rock.

In a way, it doesn’t matter. "We all live here together. Icelanders have lived in close contact with nature for generations..." We only really got city life a few decades ago. If you live close to nature you start to recognise who else is living close to nature.

Maybe nature here is so much alive that you can’t escape. Even if you dress up in protective clothing and live in the centre of Reykjavik you can’t get away from it. We have ten different types of weather in one day, we have earthquakes and we have volcanic eruptions, so an elf living in a hill is perhaps no stranger than all of that.

The old stories say that they’ve always been here. People who lived in isolated valleys would find that their next-door neighbour could be an elf, or a skessa – a female troll. There are so many types of these beings, but huldufólk are they only elves that are very similar to humans. Most are farmers, so the elf farmers and human farmers have always helped each other. They help gather the sheep, ‘if there is something wrong with any of the cows, maybe an elf would help or vice versa. If any of the elves are hungry, the humans might help them.

It’s not a completely Icelandic thing either. All around the world you can find these beliefs; these connections between the worlds. It’s not like you really have to believe, you can see elves, or have a dream and see one there. In every indigenous group, all over the planet, they have these stories of nature beings. They call them by different names, because of the language and the environment and because of your background. Do you see them as evil or good? What does your mother say about them? What does your religion say about them? All this affects how we see them, but the stories have always been there.

To me, this planet is a beautiful place, but we humans don’t always recognise that. We have so much responsibility to protect this planet and we’re not doing a very good job. That’s mainly why the elves want to reconnect with humans, they want us to see the beauty in the mountains and waterfalls without using the landscape for profit. We need to love the landscape and protect it. It’s why the elves want to talk to us, it’s their planet too. They want to wake us up and say; ‘you humans, you’re also natural beings, you need to protect your home'.”

A brief history of Iceland’s huldufólk

“Huldufólk are not so much supernatural as ultranatural. They represent not an overcoming of nature in the hope of a better deal beyond but a deep reverence for the land and the mysterious powers able to cause fertility or famine.”
- Michael Strmiska

Like everything else on the island, Icelandic folklore is in awe of the sheer power of nature. In a country where the population live under the shadow of volcanoes, the harsh arctic climate and the unforgiving north Atlantic, the widespread belief in hidden power makes a lot of sense.

Known as huldufólk or ‘hidden people’, Icelandic elves are quite different from the elves and fairies of ancient Britain. Whereas our ‘hidden people’ are considered dangerous and untrustworthy, Icelandic huldufólk are for the most part helpful and well respected. Although they have an alarming tendency in the old stories to invade houses and throw wild parties, they are generally considered to be benevolent beings, aiding farmers with their crops and even helping to overturn a hated ban on dancing in the 15th century. In fact, according to popular belief, you should never throw stones on Iceland because of the possibility of accidentally hitting an elf.

Belief in hidden people remains widespread in Iceland. A 2006 survey found that over 50% of Icelanders were open-minded to the existence of elves. Once widely accepted throughout the island, the relationship has become more complicated in modern times, as folklore professor Terry Gunnell points out, "very few will say immediately that they 'believe' in such, but they won't deny it either." 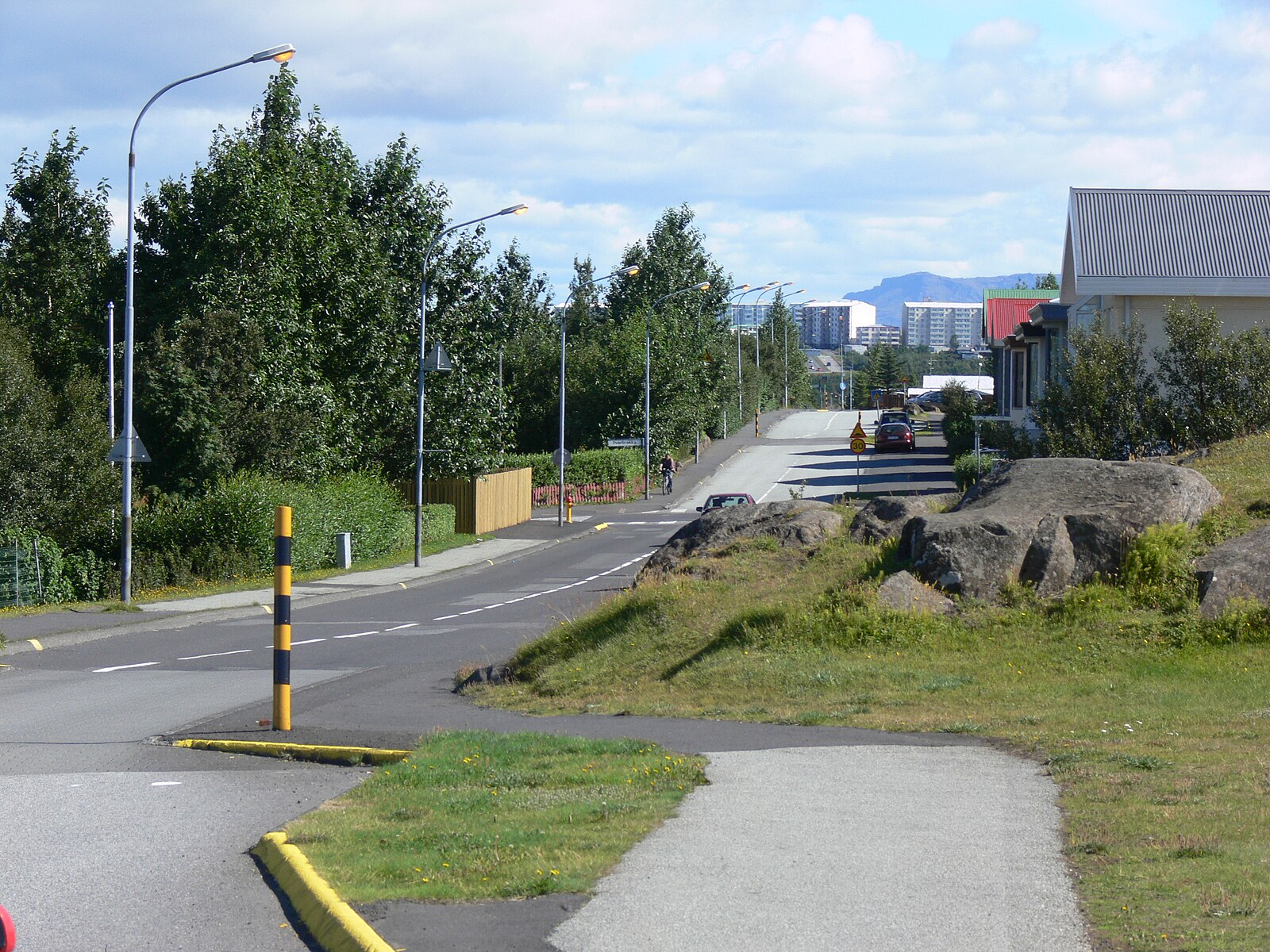 That being said, the huldufólk continue to have a wide-ranging influence on Icelandic life and have even shaped the politics of the island on occasion. When a road threatened to demolish the Álfhóll (Elf Hill) south of Reykjavik, workers became so spooked by their constantly breaking tools that they eventually refused to work or even go near the hill with any tool. Likewise, a proposed road in the suburb of Garðabær was stopped in 2013 because of the danger of destroying too many huldufólk houses.

Elves were even responsible for an international incident in 1982, when Icelanders protested to the basing of US Phantom jets at the NATO airbase at Keflavik. The American military presence during the cold war was always a bone of contention, but the basing of fighter-bombers and surveillance aircraft by the US Air Force caused uproar among the local population. With many of the stories going to great lengths to stress the huldufólk’s peaceful and respectful nature, many Icelanders believed that the war planes threatened the living, breathing environment that the elves work so hard to protect.